Frederick (better known as “Rick”) Danser joined the law firm in 1970, immediately following honorable discharge from the JAG corps of the US Navy. For many years, he has represented employers in both the private and public sectors. Mr. Danser excels at negotiating labor contracts and providing legal advice and representation on a myriad of labor issues involved in administering and enforcing labor contracts.

He has handled employment related disputes before the NLRB, PERC, administrative law courts, arbitrators, and state and federal courts, including obtaining injunctive relief and damages with regard to illegal strikes and mass picketing.

Public Sector clients comprise municipalities, counties and school boards throughout the State of New Jersey, where a significant portion of his time is focused on providing counseling on all aspects of labor and personnel issues and in providing representation in labor negotiations, and in both grievance and interest arbitration. Mr. Danser has also represented New Jersey Transit Rail Operation from 1995 to 2000 in the negotiation of more than fifteen (15) contracts and is representing it in the 2011 negotiations, involving over 4,000 employees.

As labor attorney for the Judiciary of the State of New Jersey, he was directly involved with implementation of the State Unification Act and responsible for negotiating consolidated labor agreements for over 7,500 employees heretofore operating under disparate labor contracts. These negotiations involved resolution of many challenging labor issues including consolidation of several hundred titles and the establishment of uniform statewide compensation plans

Mr. Danser is married to his wife Bonnie for over forty-five (45) years and has three (3) children and nine (9) grandchildren. In his leisure time, he is an avid golfer and supporter of junior golf. He has, respectively, co-chaired and chaired both the USGA Jr. Boys Championship (1994) and the USGA Girls Championship (2002), hosted by Echo Lake Country Club in Westfield, New Jersey 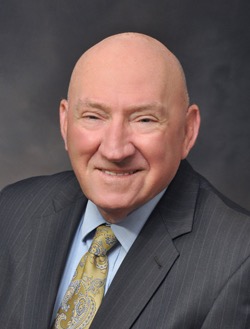